Sharon Cox, Salon Manager and mentor from local salon SANRIZZ in St Albans has won a place at the L’Oreal Colour Trophy Final!

Sanrizz, St Albans are on a high after the team won one of only 4 coveted places in the Eastern Heat of the L’Oréal Colour Trophy Award 2015. The team fought off strong competition and wowed a panel of high-profile award winning judges with their Autumn/Winter 2015/16 fashion inspired look. The team will now have the chance to compete at the Grand Final event which could see them winning one of the coveted L’Oréal Colour Trophy Awards.

Last night at The Eastern Regional Final, held at IWM Duxford near Cambridge, Sharon Cox assisted by Chiara Pirrone had only 30 minutes to create their fashion inspired, flawless winning look under the gaze of the elite group of accomplished judges, the team were up against 60 other salons in the inspiring, high energy regional final.

“It is great to be through to the Grand Final especially in this really special 60th year. We had a wonderful experience and the venue was amazing!” Sharon Cox

Celebrity presenter, the gorgeous Lilah Parsons hosted the event leading competitors through the competition and introducing an inspiring hair show, by Sally & Jamie Brooks of Brooks+Brooks, London and culminating with the L’Oréal Colour Trophy Regional awards ceremony to name the salons progressing to the Grand Final.

Across 2 weeks in April, the L’Oréal Colour Trophy tour hit 7 UK cities rubbing shoulders with some of the industry’s talented salons. The competitors continue to help to make the L’Oréal Colour Trophy the longest running live hairdressing competition in the world. Now, over 900 entries and 500 regional finalists later, Sanrizzhave won a place alongside just 47 nationwide salons to secure a place in the Grand Final.

On Monday 1st June at the stunning London venue Battersea Evolution, Sanrizz will have one chance at winning the famed 60thL’Oréal Colour Trophy. The Grand Final show promises a thrilling and inspirational evening featuring spectacular hair shows by some of the industry’s most illustrious names in hairdressing.

The overall winners of the L’Oréal Colour Trophy will pick up a once-in-a-lifetime prize package which includes a 3 day European trip with a photo shoot to showcase their winning look, a fashion shoot with a leading consumer glossy magazine and a comprehensive personalised plan to promote the salons win PLUS endless PR opportunities throughout their winning year! 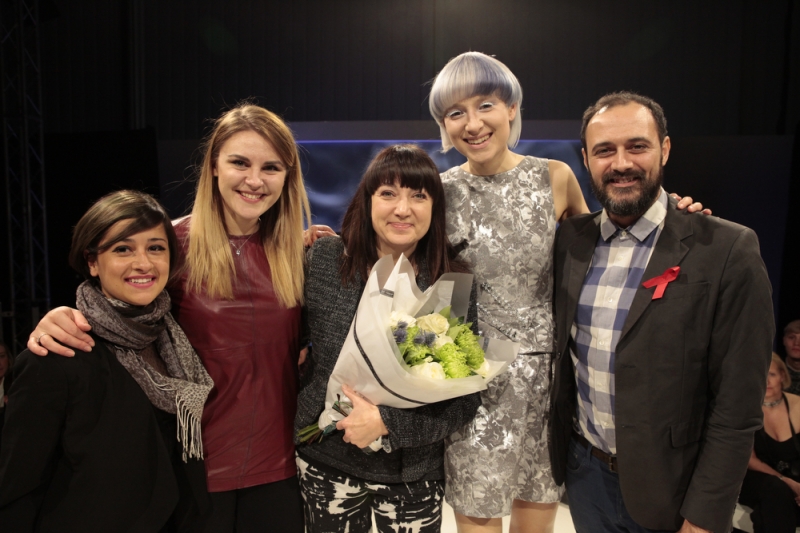